Ever wondered when you receive a new spam in your email account about how the spammers got a hold of your email? Well, I do, and not just because I have too much time on my hands. I am also cautious with all the sites where I use my primary email account. Gmail does a pretty good job protecting your email account by providing HTTPS access, which means that any data you enter in your browser on this channel is encrypted, hence secure. All other sites where I register this email account as my contact information are all either banking sites, amazon, ebay or other such reputed sites. All employ the standard practice of using HTTPS to secure my information from being sniffed. So when I began receiving a daily email from naukri.com (employment site) it really bugged me. More so because I had browsed their site just a few days before being turned into an unwilling recipient of their literature. This could not be explained away as pure coincidence.

The only other site where I used my email address in recent times was with this website’s hosting provider. Whenever I have an issue with my blog, I enter my name and email address on a unsecured web page before I am allowed to proceed with a live chat with one of their technical support persons. Such casual use could have allowed any piece of software sitting between my computer and the server to capture my email address as well as any other data that was being transferred. A similar piece of software can very easily track all the website addresses that I visit. Connecting a user’s browsing pattern to their email address is even easier to accomplish. You see, every networking device is tagged with a unique identifier that is necessary for the communication protocol to work. This is called the MAC address. Besides the MAC address, there is also the IP address that is assigned to these devices. Collating information based on a common MAC address or IP address is one of the simplest software programs to write. It all seemed plausible in theory. But needing some more proof, I rested this theory for the time being.

END_OF_DOCUMENT_TOKEN_TO_BE_REPLACED

My first impression of Microsoft software was, well, green on black. The monitors then were monochromatic with a large blinking block for a cursor. Learning to transform this blinking block in to a blinking underscore was one of the first commands I looked up. Since then I had always admired Microsoft software and Bill Gates. Back then in Mumbai, the only readily accessible computers came with Microsoft DOS and many of us owe much of what we achieved later in life to Microsoft. Without access to desktop PC’s running Microsoft software, things would have been undoubtedly different now. The Windows 3.1 workgroup, Windows NT, 95 until Windows Vista had all succeeded in getting it’s hooks in me. However, in the recent versions of their software I noticed features which were only useful for newer untrained folks. Microsoft’s antipathy towards it’s veteran users in favour of courting newer ones has aggrieved many. The dreadful animated paper clip of Microsoft Office was as annoying as it was demeaning. I had had enough of Microsoft. Now I have mad my escape.

About 2 years ago, when I purchased my current laptop – a Tablet PC – Windows XP was not really an option. Vista had better integration of Tablet PC features. I opted for Vista knowing well the risks of the burden of an unpopular OS. Adopting a new system has it’s share of heartbreaks about features lost and frustrations about yet to be learned tweaks. Vista had it’s share…and more. But it’s even before Vista that I had begun planning my jump off of the burning ship of Microsoft. It happened after I moved past my days of developing software for Microsoft platforms to developing for the Java platform.

END_OF_DOCUMENT_TOKEN_TO_BE_REPLACED 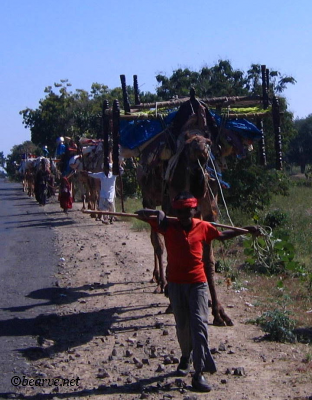 END_OF_DOCUMENT_TOKEN_TO_BE_REPLACED

Nick Clegg, leader of the Liberal Democrats party as well as the current Deputy Prime Minister of UK delivers this speech in his typically blunt manner to students at a college in North London. This speech is categorically dry in many attributes that combine together to define a good speech but what it lacks in variety it makes up for by delivering in a healthy dose on one particularly powerful attribute, earnestness.

It’s rare in our times that a politician exudes so much conviction when speaking about reforming the idea of democracy. Most seasoned politicians, perhaps because they have been seasoned in a different age than current times, choose to protect the game and it’s rules for the benefit of a tenured reign. A younger candidate has an advantage to adapting over an ageing one. Nick Clegg has been consistently enthusiastic about his ideas about reforming the machinery of democracy.